How to decline an interview without burning the bridge! 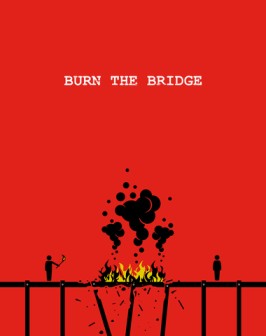 When it doesn’t make sense to continue interviewing with a company, you owe it to yourself and to the people at the company to decline the interview. It’s important to know when continuing does or does not make sense, and if it doesn’t, how to decline appropriately.

If you were the one doing the interviewing, would you rather someone lead you on or be open and honest? Let’s talk about how to cancel an interview without burning the bridge.

Reasons You Might Want to Decline an Interview, and What to Say

Sometimes it doesn’t make sense to continue interviewing with a company. To avoid burning bridges, be transparent about your reasoning. Never “ghost” an interview (fail to show up without telling anyone). It’s inconsiderate, it’s unprofessional, and it will have consequences for you: everyone on the interview team, no matter where they work in the future, will probably blackball you if they recognize your name.

1) You got a job offer elsewhere.

Recruiters and hiring managers understand that top candidates interview elsewhere. If your job offer is so good that you know no other opportunities can compare, be straight about it.

“I really appreciate the opportunity, but I’ve decided to accept an offer elsewhere. It (short reason why it’s a better fit for you) and I don’t want to waste your time. Thank you again considering me- I understand why so many people love to work here!”

Often, you’ll go into a screening call for a thinking that a role is a good fit, but it turns out the responsibilities just don’t align with what you want. If you don’t say anything about it on the call and the recruiter reaches out inviting you to interview again, it’s time to tell them it’s not a fit.

“I really appreciate the opportunity, but I have a concern about my fit for the role. I’m looking for a role that (explanation of what you’re looking for that this role lacks) and it doesn’t seem like this role would allow me to do that. Please correct me if I misunderstood, otherwise I respectfully decline the interview – I don’t want to waste your time.”

3) The company culture isn’t a fit

It’s likely you did some research before starting the interview process with a company, but additional interviews sometimes reveal a company culture isn’t one you’d be happy with. If you’re confident it isn’t a fit, you should decline the interview. This one can be a bit trickier, so be delicate.

“I really appreciate the opportunity, but I don’t think the company culture is a fit for me. I’m looking for a workplace that (be specific enough that the opposite wouldn’t be considered “bad”) and it seems like COMPANY is more (the opposite, so I don’t want to waste your time by continuing in the interview process. Thank you again for the opportunity!”

Since this one is trickier, I’ll give a specific example:

“I really appreciate the opportunity, but I don’t think the company culture is a fit for me. I’m looking for a workplace that’s more fluid and flexible, one where I can take non-work calls during work hours as long as I get my work done. It seems like COMPANY employees thrive with more structure and I’m just not a fit for that so I don’t want to waste your time by continuing in the interview process. Thank you again for the opportunity!”

We found a great article that gives a handful of templates to decline an interview over email.

Reasons to Rethink Canceling an Interview

The reasons above are valid reasons for cancelling an interview, but sometimes we’re tempted to cancel when we shouldn’t. Here are some of those cases:

1) You think you’ll get an offer elsewhere

Thinking you’ll get an offer is very different than having an offer. Even if a hiring manager or recruiter implies an offer is coming, we don’t advise canceling other interviews because anything can happen. A few of the most common reasons offers fail to come through are:

✓ Someone else, usually an internal candidate or referral, beats you out

✓ The hiring manager or lead recruiter got fired

✓ A merger, acquisition, or lawsuit forces the company to suspend hiring

2) You’re scared or worried about bombing

While few will readily admit it, sometimes people want to cancel an interview out of fear. It could be a fear of change or the fear of performing badly in the interview, but it’s simply fear nonetheless. If you’re considering canceling an interview because you’re afraid, one of the best solutions is to address the fear itself.

If you’re afraid of bombing, focus your energy on being as prepared as possible using some of our resources:

One person does not make a company and sometimes our first impressions are wrong. Sometimes people have bad days! Don’t let one person be the reason you decline an interview and reject an opportunity.

Or maybe a former coworker you didn’t get along with works at the company. If that person is going to be your manager, then it’s unlikely they have the same negative conception of you – after all, they’d just reject you if they really thought you were that bad. In this case, it’s worth having a straightforward discussion with the person. If it’s you that doesn’t like them, consider whether you can let go of this perspective or make amends before you decide to cancel.

Our Three Simple Steps on How to Decline an Interview- Even if it’s at the Last Minute.

1. Reach out to your point of contact (and also the hiring manager if you interviewed with them), as soon as you know you want to decline or cancel the interview.

2. Phone your point of contact. If they don’t pick up, leave a voicemail and follow up with an email.

3. Send thank you notes for previous interviews with the company, if you haven’t already.

If you’re straightforward and treat people with respect when declining or canceling an interview, you’re more likely to build valuable relationships for the future than if you ride out the process in hopes they reject you.

How you handle difficult situations is a testament to your character, and people who work in talent acquisition have highly effective bullshit-meters. Put yourself in the recruiter or hiring manager’s shoes and let that guide your decisions. How would you want a candidate to decline an interview? 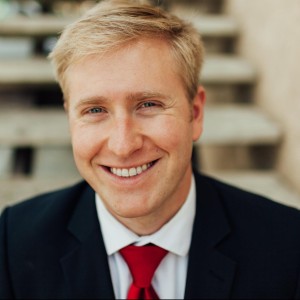 Scott is Founder & CEO. A former LinkedIn employee, recruiter, and hiring manager, he's known for going out of his way to offer strategic support to anyone he meets. 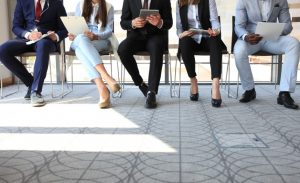 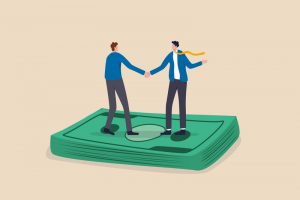 Should You Accept a Job Offer, Or Negotiate It? 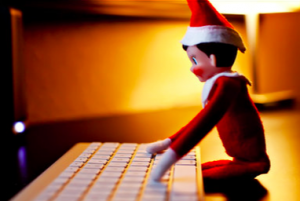 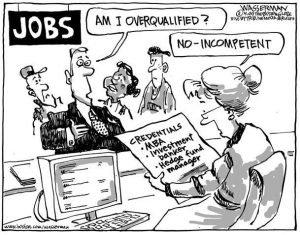 Death Of The Job Application 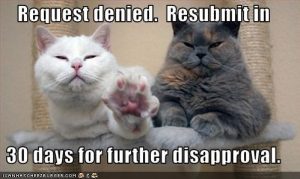 When I don’t accept your connection request…